Before you start making 3D models, there is something you should know.

It is about polygons.

If you think you know exactly what I'm talking about, you don't have to read this article. But...

"polygon is that thing - the square thing. (I know, but I've never really thought about it.)"

If you think so, read this article.
You may discover an unexpected aspect of polygon that you did not know before.

Polygons are the basic, fundamental element needed to create a 3D model.
You cannot make a good 3D model without knowing a lot about polygons.

I hope you will take this opportunity to deepen your understanding of polygons.

3D Model is Made Up of a Collection of Polygons

In the world of 3DCG, everything you see is polygonal.

In this way, 3DCG can be viewed a little simpler.

Especially in 3DCG that moves in real-time, such as games, it is safe to assume that water, clouds, hair, effects, and everything else are polygonal.

For example, the expression of hair.

CEDEC 2016] Behind the Scenes of "FF15" Development... The realistic world created by SQUANI's unique technology 25th photo/image | Inside
CEDEC 2016, a conference for game developers held at Pacifico Yokohama, hosted a session on August 26, the last day of the conference, in which the technology used to build the characters and vast world of "Final Fantasy XV" was discussed. CEDEC 2016] Behind the scenes of "FF15" development... Squeni's unique technology created...

In the PC version of Tomb Raider, which has even more realistic hair, each strand of hair is represented with ultra-fine plate polygons.

However, the polygons are all the same.

Some 3DCG software such as Maya and Blender have functions to create "hair" such as Hair/Fur.

However, it is impossible to use them as they are in a real-time rendering game, and they still need to be converted to polygons in the end.

As an example, I mentioned the polygonal representation of hair. Even water & effects that do not look like polygons at first glance are made of polygons when you get right down to them.

Let me explain a little more about polygons, such a basic element of 3DCG.

The smallest element is a triangular polygon, and if two are gathered, a square polygon

A polygon in 3DCG is a single plane surrounded by three vertices and three edges.

This triangular plane is called a triangular polygon. This is the smallest visible 3DCG element.

Two of these triangular polygons attached together and surrounded by four vertices and four edges are square polygons.

A triangular polygon is a perfect plane that cannot be bent or twisted no matter how hard you try.

However, a non-planar square polygon can also be divided into two completely planar triangular polygons.

Incidentally, the polygon count is displayed in the lower right corner of the screen in Blender 2.8 and the upper left corner in Blender 2.9.

Polygons are planar, you can't create a "curved surface" by collecting polygons

No matter how many planes you join together, you cannot create a "curved surface. This is an important point.

Let's take a look at a 3D model of a sphere made in Blender for a moment.

At first glance, it appears to be a perfectly round sphere, but closer inspection reveals that the outline of the sphere is crisscrossed.

It looked around, but it is still a collection of flat polygons.

The reason why the surface looked round earlier is that the computer was processing the polygons to make them "look" like they were smoothly connected.

However, this process only makes the surface appear smooth, so it is not possible to round out even the cracks in the contours.

A 3D model made of polygons, no matter how smooth & curvy it looks, is clunky when zoomed in. This is the fate of polygon models.

So what about models made with sculpting?

Sculpting modeling is a method of creating 3D models by stretching and denting shapes like clay. ZBrush is a typical sculpting software.

It can be shaped freely like clay, and the surface is so smooth that polygons don't seem to matter.

However, if you look at the sculpted model under very high magnification, you can see that it is made up of very small polygons.

The polygons are so small that the surface is smooth and can be handled like clay.

Sculpted models have a very small number of polygons, so using them as they are in games is inconvenient in many ways. To use a sculpted model in a game, a process called retopology is required to reduce the polygon count while preserving the shape as much as possible.

Retopology is done to some extent automatically by the computer, but the final polygons are adjusted by hand. Sculptural modeling is also not free from polygons.

This is an important concept to keep in mind if you are creating 3D models.

Especially for 3D models with a limited number of polygons, such as games, how to make a flat polygon look more like a curved surface is a key.

There is a big difference in the number of polygons that can be handled in a 3D game model between a smartphone game and a PC game. The more powerful the hardware, the more high-poly 3D models can be handled, but even with high-poly models, the polygon principle is the same: "Curved surfaces cannot be created.

Polygons have a front and back, "invisible" when viewed from the back

Now, this plane called polygon has a front and back.

Even if there is a polygon there, it is "invisible" from the back, so it is the same as "no polygon".

If there are areas in the 3D model where the polygons are backed up, only there will the model appear to have holes in it.

So what if, for example, we want to create a 3D model of a single sheet of paper with no thickness?

In this case, you can either provide a polygon on the backside of the paper model or use the option "double-sided" polygons.

Since double-sided polygons are sometimes too heavy to be used in games due to heavy processing, smartphone games, for example, often provide a front side and back side polygon in such cases.

Polygons have a front and a back, and are invisible when viewed from the back These are the basics of polygons, so please remember them.

I said that the smallest element in 3DCG is triangular polygons, but when you are playing with 3DCG software, you are more likely to see square polygons.

The 3D model of a sphere created in Blender earlier was also a collection of square polygons.

Which is better for 3D models, triangular polygons or square polygons?

If Toha were to answer.

Square polygons are better, but in some cases, triangular polygons should be used as well.

The reason I say it is better to create 3D models with triangular polygons is that this is less likely to cause problems when processing them in games.

In fact, when computers render 3DCG in games and other applications, all square polygons are automatically converted to triangular polygons.

Triangular polygons, which can be defined with only three vertices, are easy for computers to handle.

These square polygons should be divided into appropriate triangular polygons in advance by human eyes.

So, is it better to use triangular polygons for everything? Not really.

That is why I say it is better to create 3D models with square polygons.

As an example, let's look at this with a model of a character's face.

The left model is the original square polygon model, and the right is the model converted entirely to triangular polygons.

...Isn't it kind of hard to see the model with the triangular polygons?

It is difficult to do modeling work if it is simply hard to see. (Individual differences exist.)

Also, the flow of polygons can be somehow seen in the square polygons, while the triangular polygons are cluttered and the flow is difficult to see.

This polygon flow is called topology. In the case of character models in particular, topology is sometimes important, so it is better to be able to see the flow with the human eye.

Also, if there are too many triangular polygons, the modeling convenience functions of 3DCG software may not work.

For example, there is a "loop selection" function that allows you to select a group of edges connected by a loop, but this function can only be used for square polygons.

Therefore,
I think it is best to make the 3D model basically in square polygons, but to make it properly in triangular polygons where necessary.

By the way, there are more than four vertices. polygonal polygon is a polygon that is not happy for anyone.

Polygonal polygons are also automatically converted to triangular polygons by the computer, but with so many vertices, the computer gets confused and divides the polygons in a strange way. This is not a good result.

Summary: Knowing polygons is the first step to creating a 3D model

Do you understand a little more about polygons than before?

Since a 3D model is ultimately a collection of polygons, understanding the base polygons themselves is the first step toward creating a 3D model.

Here is a brief summary of the various polygons.

Polygons and 3D models are inseparable.

This is a good opportunity to learn more about polygons, which will be useful when creating 3D models in the future.

The great 3D model is also started from a single polygon.

There is one more thing about "XYZ coordinates" that you should know before you start making 3D models.

I just had a thought and uploaded a new video series to Youtube - in this article, I'll explain what I talked about in each video...

Low-poly Character Modeling From Scratch! - How To Make 3D Model

I will introduce how we modeled a character from scratch using this model for illustration purposes, and we will also write about the "thinking" and "points" when modeling. 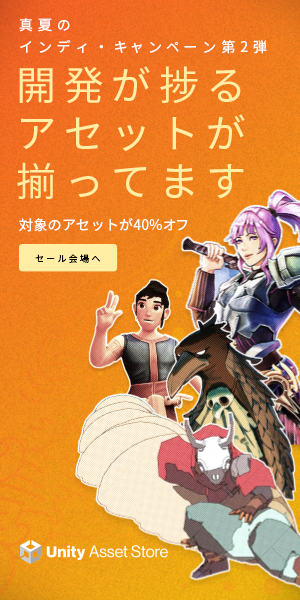