I wrote in another article that it is better to look at a lot of reference images when creating 3DCG.

Quality of 3D Models - Important to Collect Many References
If you don't collect a lot of reference material, the quality of the 3D model you create will never improve. In this article, I would like to write about the importance of "gathering references" in my opinion.

In this article, this article discusses two useful software programs for viewing collected images "PureRef" and "Kuadro "About.

I would like to focus on the good points of each and compare them.

Among 3DCG artists, it seems that PureRef is the established image viewer software, but I am a history of changing from a PureRef user to a Kuadro user.

PureRef is very useful and nice software, but Kuadro is not so bad either!

I would like to introduce it to you so that you will know that it is a good idea. 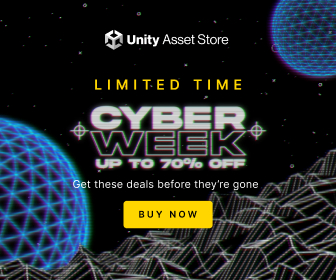 PureRef and Kuadro can do the same things, but the feel is different

PureRef, a well-known image viewing software, and Kuadro, which is said to be a competitor of PureRef but seems to be less well known, are both introduced on 3D Man's website.

PureRef - Fast, simple, intuitive! The perfect "reference image only" viewer software to accompany your work!
If you are using a standard OS image viewer to open reference images, you should install this software right away. PureRef" is a fast, lightweight, and intuitive viewer for reference images...

3dnchu.com
Kuadro 0.4.0 - Intuitive to use by flopping references on the screen! Free "Reference Image Only" viewer software for Win & Mac!
No installation required! Kuadro 0.4.0 by KruelGames, a simple and intuitive application for reference images, is now available! You can use it for free!

The two software packages are basically the same in what they can do. For example, the following can be done with either software

What is different then is the ease of use and feel of operation.

PureRef is like arranging many images on one canvas.
Kuadro has no canvas and each image seems to be individual.

This is a major difference, and it is also where the two software programs excel.

From the following, we would like to compare the good points that each of PureRef and Kuadro has to offer, as Tohya has actually used them.

Let's look at them in order.

(1) Intuitive and easy to add images to the canvas

The PureRef canvas allows you to add images by simply dragging the mouse over the image you wish to add.

The default setting of PureRef is "embed image in the canvas," which means that you can view the image anywhere as long as you have the PureRef save the file. However, the size of the saved file will be a bit larger.

To open PureRef data, you must have PureRef installed on your computer.

PureRef also seems to have a "portable version" available for download~!

With this one, I can start PureRef without installing it on my computer.

To add an image to Kuadro, either select a locally stored image from "Add Image" or right-click on the web image and select "Copy Image".

Kuadro does not have the ability to embed images.

If you add an image from the web using [Copy Image], an images folder is automatically created in the location where Kuadro saved files are located, and the copied image is converted to jpeg and saved there.

*By the way, Kuadro is a software that can be started with an exe file without installation.

After dragging and adding the images you want to see to the canvas, select all the images by Ctrl+A.

Press Ctrl+P as is to automatically align and arrange all images.

I think PureRef is the best and most convenient way to do this.

If you want to arrange images as you like, this method is not suitable. However, if you just want to quickly collect a lot of images and arrange them, this auto-alignment and the focus introduced next will be sufficient.

Kuadro does not have the ability to auto-align images.

Kuadro is not very good at aligning images, perhaps because it does not have the concept of a canvas. However, since ver. 0.9.5, it now can snap to other images, so it is possible to line up images more perfectly than before.

If you use Ctrl+A and Ctrl+P to auto-align the images, the size and order will be different. It may be a hassle to find what image is where.

But if you press the arrow keys← →, each image will fill the canvas in turn.

You can go through all the images by simply pressing the arrow keys without having to locate the image. (To focus on a specific image, double-click on that image.)

This method is not suitable when you want to work with multiple images at once. But anyway, since you can get here so quickly and easily, you can save a lot of time in gathering and arranging materials.

*It has not been tested whether the number of canvases to be launched makes the computer process slower.

Kuadro does not have a feature like an image focus. The image you want to see is enlarged by you.

Kuadro is easy to handle each image as an individual reference

The next part is about what is good about Kuadro.

Let's look at them in order.

(1) Intuitive and easy handling of each image

Kuadro stores multiple images together as data, but there is no canvas, each image is discrete, like running a bunch of standard Windows image viewers.

So the operation methods for moving each image, changing the size of the frame, and scaling by scrolling are intuitive and easy to understand.

Originally, when Toha did not know about PureRef or Kuadro, I used the standard Windows image viewers side by side, so I was more comfortable with Kuadro's operation method.

Unlike PureRef, there is no canvas, so there is no need to learn two methods of operation: canvas operation and image operation.

However, PureRef's shortcuts are quite flexible and customizable, and once you get used to using them, it may not be a problem. I am using Kuadro because I couldn't get used to it.

Kuadro can be displayed only on the image by pressing A on the image or by selecting [Always On Top] from the right-click menu on the image. You can display only that image at the top of the page.

The closer the physical distance between the model you are creating and the material you are viewing, the easier it is to compare them. it is easier to create a 3D model while viewing the image if the image is placed near the 3D model rather than outside the confines of the 3DCG software.

It is easy to check if the proportions and ratios are correct by overlaying a translucent image on the 3D model you have created. When creating a character's face, it may be easier to check the size and position of the eyes.

PureRef also has translucent and foremost views. Only the canvas can be made transparent by setting the Opacity of the canvas color to zero in the settings.

I also discovered that I can make PureRef behave similarly to Kuadro by putting it in overlay mode with [Overlay Selection] from Mode in the right-click menu!

If you take advantage of the overlay mode, you can do the same thing with Kuadro~.

When not in overlay mode, the image cannot be moved outside of the canvas.

(3) The gap between the images is a nice touch

One of my personal favorite aspects of Kuadro is the gap between images.

Underneath the gap between images in Kuadro, you can usually see a desktop or a browser or something.

In PureRef, you can do almost the same thing as in Kuadro by selecting "Overlay Selection" from the right-click menu Mode and putting it in overlay mode!

In this article, we compare and contrast the differences and advantages of the two image viewing software, PureRef and Kuadro.

Toha is someone who switched to Kuadro because he could not master PureRef, so perhaps I am not saying the right things about what I like about PureRef.

But by writing this article, I discovered a useful use for PureRef that I did not know about. I would like to use it again at some point.

It is your choice which software to use, PureRef or Kuadro.

Either will be more convenient than using the standard Windows image viewer.

If you are new to this kind of software, or if you knew about it but did not use it, why not download it and use both anyway?

If you find it useful, continue to use it, and if it doesn't feel right, look for another software, or if you can't find it, you may want to create a new image viewer.

If you know of a more useful use for PureRef or Kuadro, please send us the information in the comments section of this article.

I look forward to working with you!

*By the way, the character models and three-view drawings used in this article for an explanation were created by Toha for my blog. If you are interested, please see this article~

Character Model Necessary Blueprint? - Not Recommend Modeling Relies on Blueprints
In this article, I will write about why I do not recommend modeling that relies too heavily on blueprints, using various examples.

tohawork.com
Low-poly Character Modeling From Scratch! - How To Make 3D Model
I will introduce how we modeled a character from scratch using this model for illustration purposes, and we will also write about the "thinking" and "points" when modeling.

Can a person with a job unrelated to 3DCG change jobs to the 3DCG industry? The answer is YES! ...

What Working Adult With No 3DCG Experience Does Became 3DCG Artist

How many people out there are thinking about becoming a 3DCG designer, or have thought about it but are now working in a different field?

Can Do Anything, Only Limit Is Own Imagination - Why Extend My Drawers

When Toha was working as a 3DCG designer at a game company, someone said to him I can do anything.

I realize that it has been quite a few years since I opened my blog "3DCG Living" in March 2019. We have been operating it by groping... 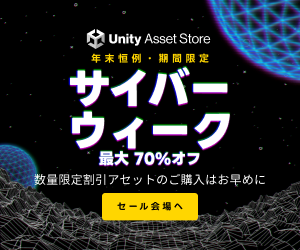 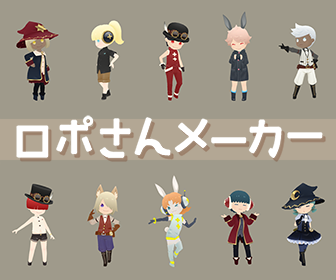