I just thought of something and uploaded a new video series to Youtube!
This article will summarize and summarize the commentary discussed in each video.

The title of the video is "Short hair modeling is difficult" :)

This will be a series where I will include explanations while modeling spiky hair, which I believe is different and more difficult than long hair.

So, I modeled the Fushiguro Megumi-like hair from the anime version of Jujutsu Kaisen - here's the finished product ↓

I made Fushikuro Megumi-like hair from the anime "Jutsu Kaisen" in Blender.

So I made it while recording all the time, but the total recording time turned out to be 20 hours... I'll upload the video when I can edit it to make it look better.https://t.co/w94vdEau37 pic.twitter.com/ezCWHoWvim

The video in the article uses the long-term supported version Blender 2.93 LTS. 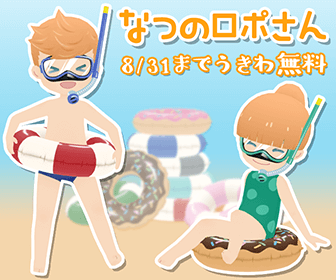 A total of 20 hours of modeling in one and a half hours of video Super Digest Version!

I did my best to edit it - I don't think this will help you create spiky hair... but I hope you'll see what I mean.

There is no modeling explanation in the digest video, so I explain and supplemented it in each video.

First of all, here is the first explanatory video 1.

In the video, we concentrate on creating a rough overall silhouette.

In the commentary in the video, the

Explanation 2: Make sure there is a cone from every angle

Explanatory Video 2 has been uploaded.

In this video, while considering the flow of the hair, I made it so that the cone is visible from all angles.

In the commentary in the video, the

I am talking about something like that. Many of the stories may have come from my work experience.

Explanation 3: Curve the hair while adjusting the flow of the hair and putting curves in the hair

Explanatory Video 3 has been uploaded.

In this video, I slightly curved the hair to get the image and modified the flow of the hair to look natural, etc.

In the commentary in the video...

It's hard to talk for half an hour :)

Explanatory Video 4 is up!

In this video, the overall silhouette and balance will be set in a low-poly.

In the commentary in the video...

I'm talking about something like this. Would like to do our best to reproduce the original illustration in 3D for existing characters.

Explanation 5-8: Hair on the collar and fringe is also made in detail

Explanatory Videos 5-8 have been uploaded - 4 videos will be edited into a 30 minute video from this time.

I am doing quite a variety of things. It's the equivalent of four recordings, so progress has been fast :)

Subdivision of hair polygons Videos 9-12 have been uploaded!

In the comments on video,

Talked about something like. I'm just working on the polygons to smooth curves for the hair.

In the explanation of video,

Talked about such things as. I talk about a lot of things in this video series.

The last explanatory video 17-20 has been uploaded!

The following is a summary of the process to complete the animated version of the Fushiguro Megumi-like hair model.

So this video series is finally complete, thanks for all your hard work!

Extra: YouTube is updated on a whim, but we'll keep you posted

I was going to model the hair of another short-haired character, but I'm tired, so I'm going to take a break.

The posting of videos on Toha Channel is done on Toha's whim, and we have no idea when or what kind of video will be uploaded next.

Toha Channel
This is a channel where @tohawork uploads videos~!

That concludes the 9 videos in this "Short Hair Modeling is Difficult - Fushiguro Megumi-like Hair in Anime of Jujutsu Kaisen" series! Thank you very much to those who watched until the end.

See you again in a new video series.

Before you start creating a 3D model, there is something you should know. That is polygons. The...

Low-poly Character Modeling From Scratch! - How To Make 3D Model

I will introduce how we modeled a character from scratch using this model for illustration purposes, and we will also write about the "thinking" and "points" when modeling.